This is the text of a comment I left on Liana Kerzner's video response to me. 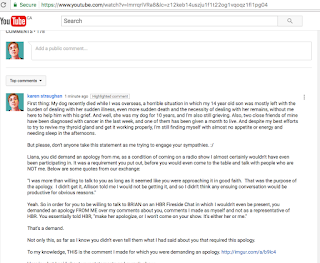 Here is what the exact same url looks like to other people: 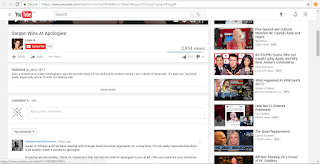 Now, I don't know whether my comment, which contained two links, ended up in her spam filter, or whether I'm now blocked from commenting on her channel. But I will put the text of my comment here so everyone can see it:

EDIT: it has come to my attention that a different test comment I left is indeed visible to other people, so the following comment being invisible is almost certainly not due to any nefariousness on the part of Liana K. That being said, I still do want people to see this comment.